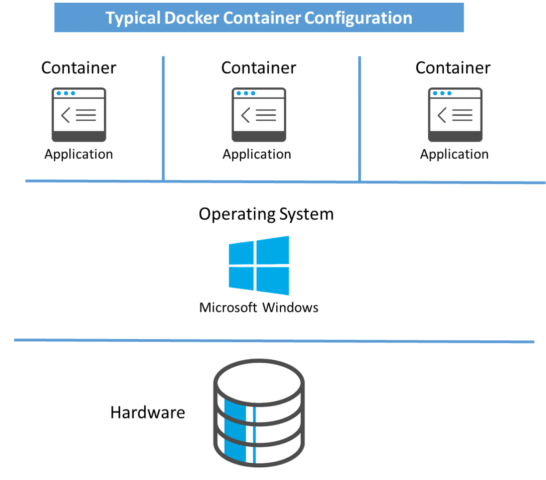 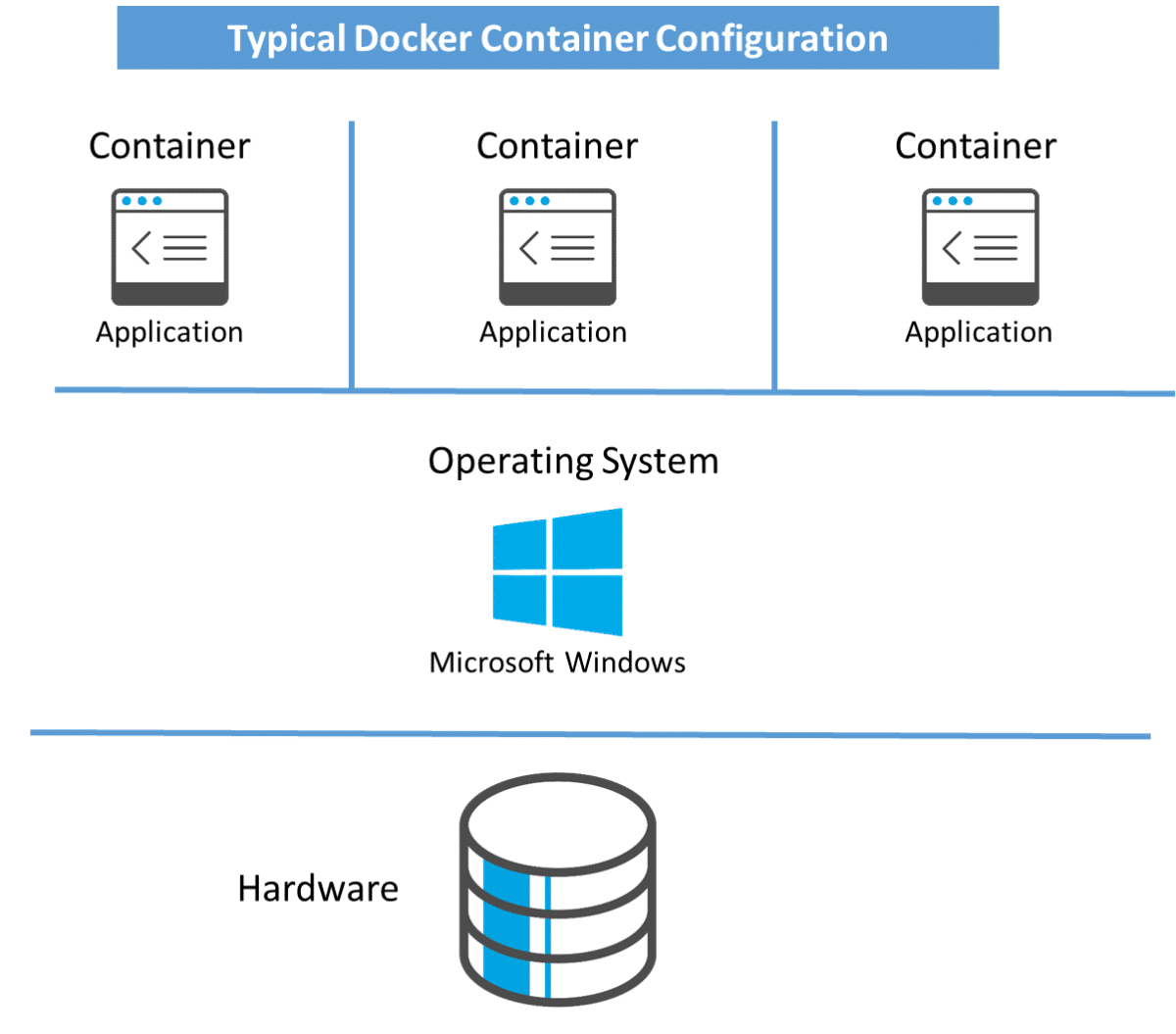 In my last post blog post, Microsoft SQL Server Licensing – A Deeper Look, we looked at different use cases of Microsoft® SQL Server® such as environmental considerations, multiplexing, SQL Server embedded in 3rd party applications and Intranets. In this instalment, we are going to continue by looking at Software Assurance Benefits, SQL Server components and SQL Server 2017.

Software Assurance benefits were introduced by Microsoft as a way of delivering greater value to it’s customer base outside of the commonly perceived version upgrade use cases. Microsoft offers a range of product specific benefits such as the ones outlined for SQL Server below in Table 1 – SQL Server Software Assurance Benefits Overview.

I see these benefits representing significant flexibility and with them, delivering significant cost savings by allowing customers access to use rights such as active/passive failover rights, cold disaster recovery (DR) and license mobility. A quick cost-based analysis of an environment where these benefits don’t exist (for example when licenses are required for a fail over system, DR or additional systems in a server farm – the license mobility 90-day rule) will show that investing in Software Assurance can be a worthwhile pursuit.

I occasionally see confusion regarding the licensing of SQL Server components such as SQL Reporting Services. I sometimes hear “its a component – not the full installation of SQL. Surely I don’t need a SQL Server license for that do I?” The short answer is “yes, yes you do”. When components are installed on the same device as SQL Server, there is no issue as the license consumed by SQL Server also covers all the installed components.

If any of the components are on a separate device however, these also need to be licensed with a SQL Server license (Core or Server + CAL model). There may be extenuating circumstances justifying this architecture such as distributed workloads etc. Where possible, however, the SQL Server landscape should be architected in a manner that enables an optimised licensing state.

Note:  There are no Microsoft licenses that cover just the components.

Microsoft released SQL Server 2017 at the end of September 2017. Regarding the licensing options for 2017, these are the same as for the 2016 version. There are two editions available (Standard and Enterprise) as well as the same licensing models (Server + CAL or Core based). There are however, some additional features that have been incorporated in the new release. These include:

So, what is a Docker container?

A Docker container is like a virtual machine whereby only a fraction of the processing power may be required to run a given application. The below illustrations demonstrate how the two differ in configuration. 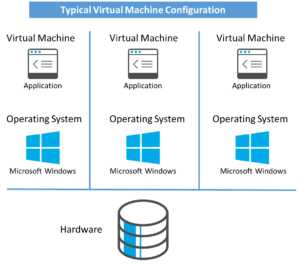 Where a Docker container differs from virtual machines is that the containers share the same hardware and operating system, but the applications are stored in the containers (refer to Figure 2 – Typical Docker Container configuration). The container method is less resource intensive and allows for faster deployment of services. Docker container technology may also bring cost saving opportunities for the operating system. In this configuration, Microsoft Windows® Server Standard edition would be sufficient. This is seen as a single OSE and supports unlimited Windows Server container use rights[2]. 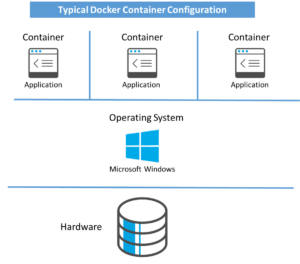 How many licenses do I need to license individual containers using the Per Core licensing model?

The process to determine this is essentially the same as for determining the cores under a virtual machine configuration scenario. For example: 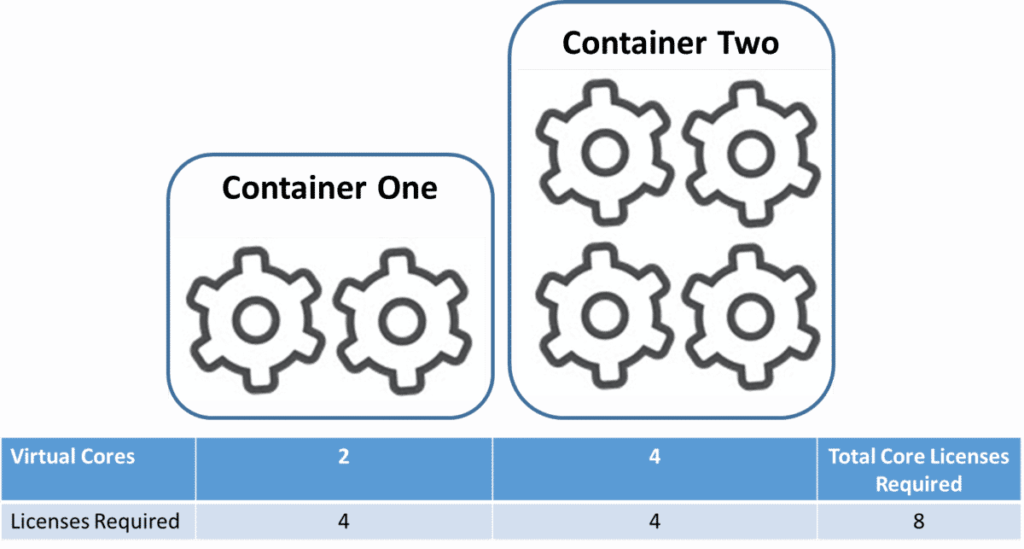 How many licenses do I need to license individual containers using the Server + CAL licensing model?

When licensing SQL Server under the Server + CAL model, customers are required to purchase one server license per container running SQL Server regardless of the number of virtual processors allocated.

Note: The Server + CAL model is only supported by the SQL Server Standard edition license.

I would adopt the following approach to determine how SQL Server and CAL licenses I require:

Example 2 – This scenario has two SQL Servers, the first server has one SQL container and the second has two containers. There are also two users accessing the SQL Server containers: 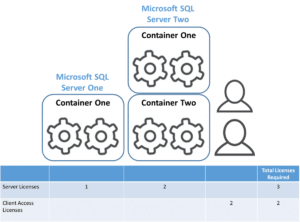 In my next post, I will shift focus to other Microsoft products including Microsoft Office 2019 with a view of providing some “tips and tricks” on how to understand the varying licensing complexities and how they may relate to you and your IT environment.

[2] Be sure to check with your software reseller and Microsoft for confirmation on supported OSE / Docker container license configurations.

Why is Software Asset Management Important