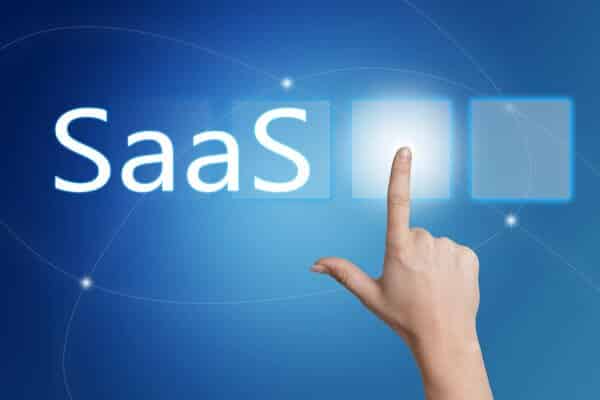 So Many Apps, So Little Time

Companies today are doing more than ever before with less, thanks to a little technology breakthrough referred to as cloud applications. Instead of purchasing, storing, maintaining, and continually upgrading onsite software, software applications have moved out, taking up residence at a hotel in the sky.

“We estimate that more than 50 percent of new 2017 large-enterprise North American adoptions will be composed of SaaS or other forms of Saas-based solutions. Midmarket and small enterprises are even further along in the adoption curve.”
– Gartner

On the plus side, this software as a service (SaaS) app paradigm gives companies greater freedom and flexibility to utilize more apps across the enterprise without having to babysit the technology. The vendor does all of the servicing while the company enjoys all of the benefits. These SaaS apps often are much less expensive to procure and use. They renew annually or on a set schedule so companies aren’t stuck with it beyond their usability. In fact, upgrades typically come with the subscription, ensuring companies are always up to date with the latest release without having to involve IT or skilled staff.

Of course, there’s always a downside. SaaS applications, because of their low barrier to entry, can quickly become overwhelming to track. When everyone in the organization can download a free trial of virtually any SaaS app they come across, the apps run amuck. Managing them is akin to herding cats.

With every SaaS app comes a contract, a fee, a renewal schedule, licenses, and system requirements. Multiply that times every cloud application in the organization and you can see why SaaS management software is so critical. While SaaS applications are intended to reduce expenses and labor, they can end up costing a company plenty in unused or underutilized licenses, missed opportunities to negotiate volume discounts, and plenty of man hours dedicated to attempting to keep tabs on all of the vendors, contracts, and shadow IT being used without IT or purchasing being informed.

If you can relate to the above SaaS challenges, you are not alone. Increasingly more companies are finding themselves with lots of SaaS applications and no way to manage them. They want to leverage the newest and greatest SaaS technology that promises to improve productivity, functionality, and collaboration. The problem is how to wrangle it all in into a singular view of every cloud app that’s being used across the company.

If you have more than a couple SaaS applications being used in your company, here are the 5 most common questions you’re probably asking:

It’s not enough to know what cloud applications are being used. You must also understand who is accessing them and when. A deep dive into application usage will show you exactly who is using each tool. Why is this important? There are a couple of reasons.

First, how can you effectively engage in SaaS management if you have no idea which cloud applications are being used by whom? It’s best to have policies and governance in place to set standards in how any SaaS application is downloaded and procured. Beyond those controls, however, you need fast, easy, and accurate (a.k.a. real time) reporting to keep an eye on which apps are being used across the company and who is accessing them.

Another factor is that there may be people who shouldn’t be accessing these apps. Maybe through the app, they are accessing customer or proprietary data. Are they supposed to be seeing that data? Are they still employed with your company and do they need this data to perform their job? Companies must have a way to secure SaaS user accounts across applications.

2. When does our contract renew?

Automatic SaaS contract renewals may be convenient (especially for the vendor), but they can cost your company up to $10 million per year, much of which is unnecessary. The truth is, many SaaS applications that automatically renew aren’t being fully utilized by everyone who may have a license. Often, the contract isn’t reviewed properly before they auto renew so companies have no idea how many people are actually still using the tool and to what extent. Many find they are continuing to pay for licenses even after employees who were using them are no longer with the company or in a different department.

The main issue around auto-renewals is most companies have no effective calendar system to easily track each cloud app and their upcoming renewals. People have to manually search for each renewal if they even think to do so. With multiple SaaS applications in every department across the company, who is designated to monitor renewals? What kind of tracking or reporting tools do they have at their disposal? Are they generating accurate and real-time reports to give decision makers the ability to see if a renewal is in the company’s best interest?

3. How many licenses do we have?

Most contracts stipulate a certain number of licenses for a specific fee per license. While this number may be accurate with the first contract, many things can change over time. People move departments, leave the company, come on board, stop using the tool, etc. Most companies, however, have no accurate reporting to quickly identify exactly how many licenses were purchased for each cloud application and how many are being used at any given time.

Without insight into such a basic metric, companies often pay for licenses they aren’t using. Employees may end up purchasing additional licenses when there are actually unused licenses waiting to be used under the original contract. Of course, if business leaders can’t see how many licenses there are, how are employees supposed to know?

4. What are we paying for each license?

When companies purchase a group of licenses, they can often negotiate better prices than when an employee or two go at it alone. Volume discounts can save companies significant dollars, yet a lack of visibility into each SaaS vendor contract and license costs makes this a bit vague.

Business leaders should be able to look at a dashboard report on a single screen to find out exactly how many licenses were purchased and the per seat cost for those licenses. They should also be able to determine how many licenses are still up for grabs so no one is purchasing additional licenses until these are used.

5. Is everyone who has a license using the tool?

This is a big one and unfortunately, most vendors and third party reporting companies don’t go far enough to give you an accurate number when it comes to application utilization. Traditionally, these reports show how many people have logged into the SaaS application, many of which are based on single-sign-on capability. When employees log into their computers for the day, they are automatically signed into some of their SaaS apps, even if they don’t use them. Reporting on these numbers, therefore, can be grossly misleading.

Instead, companies need more in-depth reporting that shows exactly who has logged on (whether manually or automatically), who is using the cloud application, how often they are using the app, and the duration of their use. Armed with this real-time data, business leaders can determine whether the tool is being fully utilized. They can decide whether or not a paid license should be reallocated to someone who will use the application, whether or not a renewal is necessary, and if the same number of licenses should renew. Significant cost savings can be achieved when a company can pay only for licenses they know are being optimally used – but they have to have the right reporting to see it.

It’s All about The Reporting

As you can see, reporting makes all of the difference. When companies have the right reporting at the right level of detail, they can quickly gain control over their SaaS ecosystem. Spreadsheets and desktop calendars are no way to manage such a complex and evolving landscape.

Companies need insight. Visibility. Yes, decision makers require the data, but employees should have access to some degree as well. This will enable employees to be more selective about their SaaS application choices. They should be able to easily view which cloud applications are currently being used and if there are any available licenses available that have already been paid for before they purchase any new ones.

SaaS management doesn’t have to be elusive, labor intensive, or manual. Finding the right SaaS management software may be the single best investment a company can make if it has a growing cloud application environment. Cost savings, ROI, control, and efficiency are the harvest you can reap from your efforts.

Kubernetes just got easier with Flexera

How many FTEs should be on my SAM Team?

IT asset management: trends, challenges and initiatives in an ever-evolving field