In my last post, we looked at SQL Server at a high level, discussing the various editions and licensing models available with each. In this post, we are going to delve a little deeper into some of the use cases and areas to be aware of.

The environment where SQL Server resides

The below example (Figure 1) demonstrates a number of SQL Servers (both Standard and Enterprise) in a non-production environment. By utilising the product terms of SQL Server Developer or a Visual Studio / MSDN subscription, an organisation would be required to ensure that only licenses are assigned to the Developers accessing this environment (both internal and external users), not the SQL Servers themselves. To license this scenario effectively, this would therefore require either of the following, or a hybrid of both:

The main benefits of utilising these user based licenses in non-production environments include:

The role of the SQL Server and User or Device access

Identifying and understanding the role of the server where a SQL database (or components such as SQL Reporting Services) are installed is paramount. The ability to understand the role, and by extension the end user or device access is key to identifying which edition of SQL is best for the given purpose. This will assist in determining which license model is best suited to provide the following:

Multiplexing is the indirect access to a system via other systems. In the below example (Figure 2), users and devices are accessing the SQL Server indirectly. There are a couple of approaches that can be taken towards licensing SQL Server in this scenario. These include: 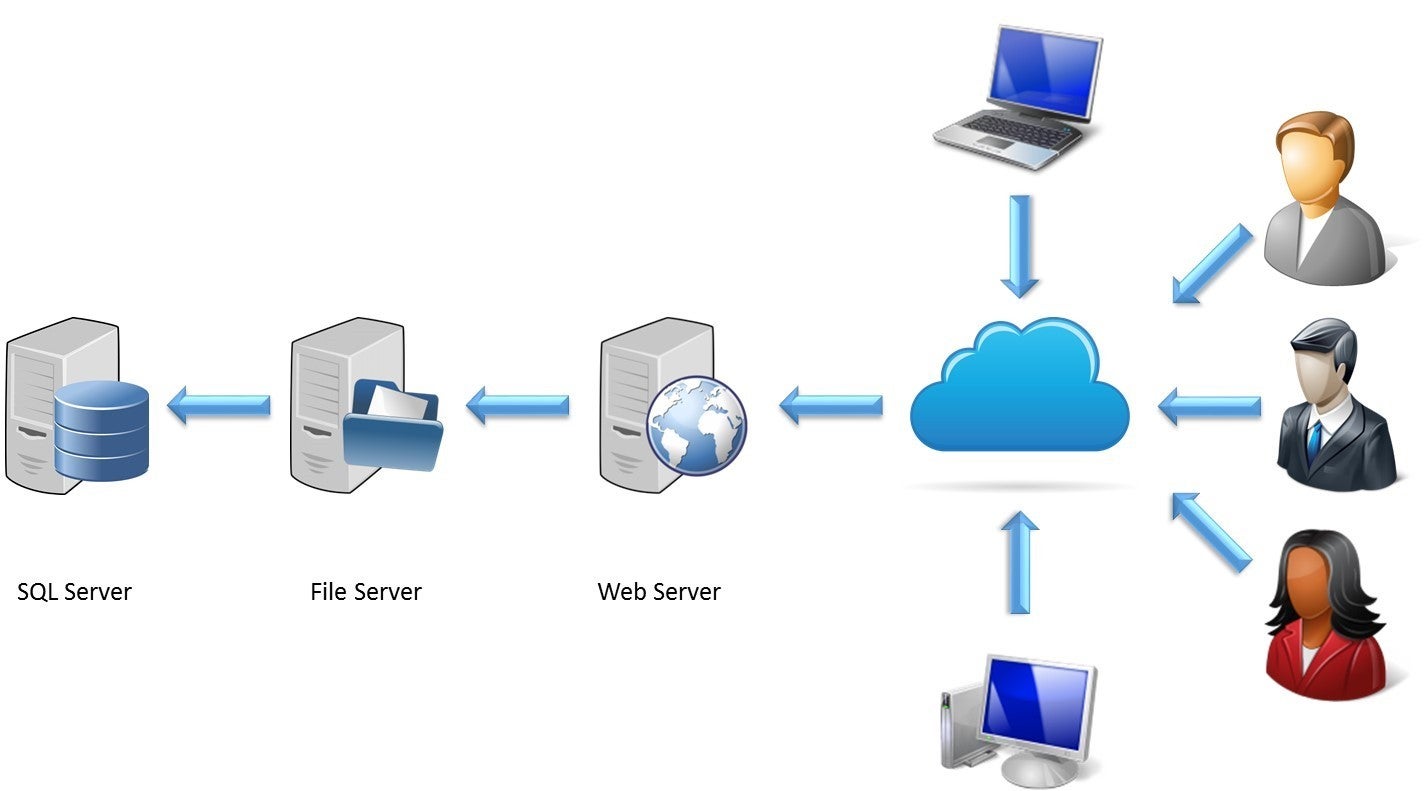 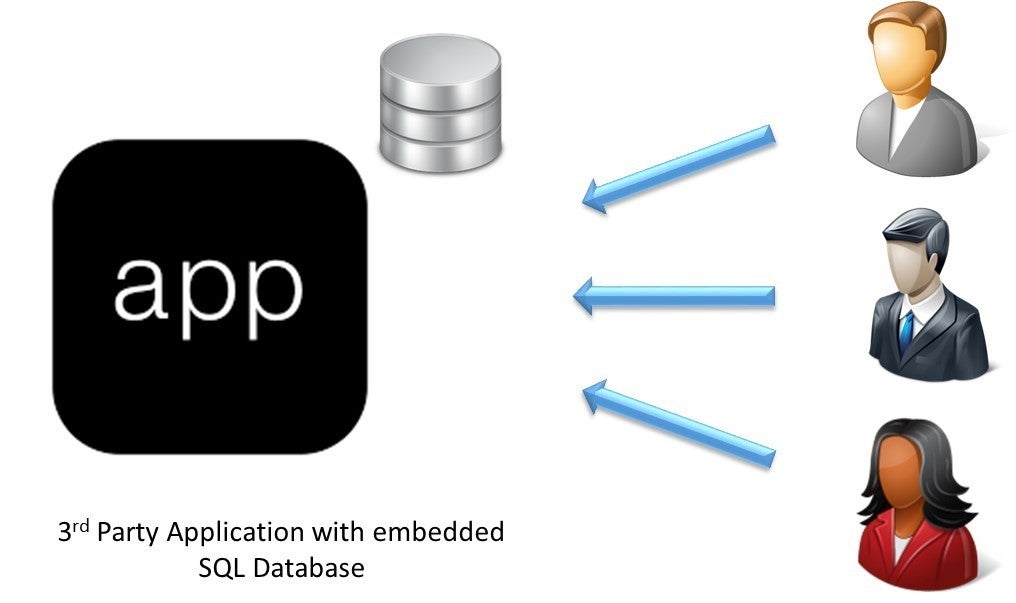 An intranet is a restricted internal network used by organisations to communicate information, and sometimes services, to employees. As demonstrated in the below example (Figure 4), SQL Server is often used as the underlying database technology to store this information. The ability to quantify the level and type of access to this SQL technology will have a definitive bearing on the licensing model selected, and is often commercially driven.

It is recommended that a cost based analysis be conducted to assess the various licensing models considering factors such as organisation size, projected growth and scalability of the current configuration. The analysis may look like the following: 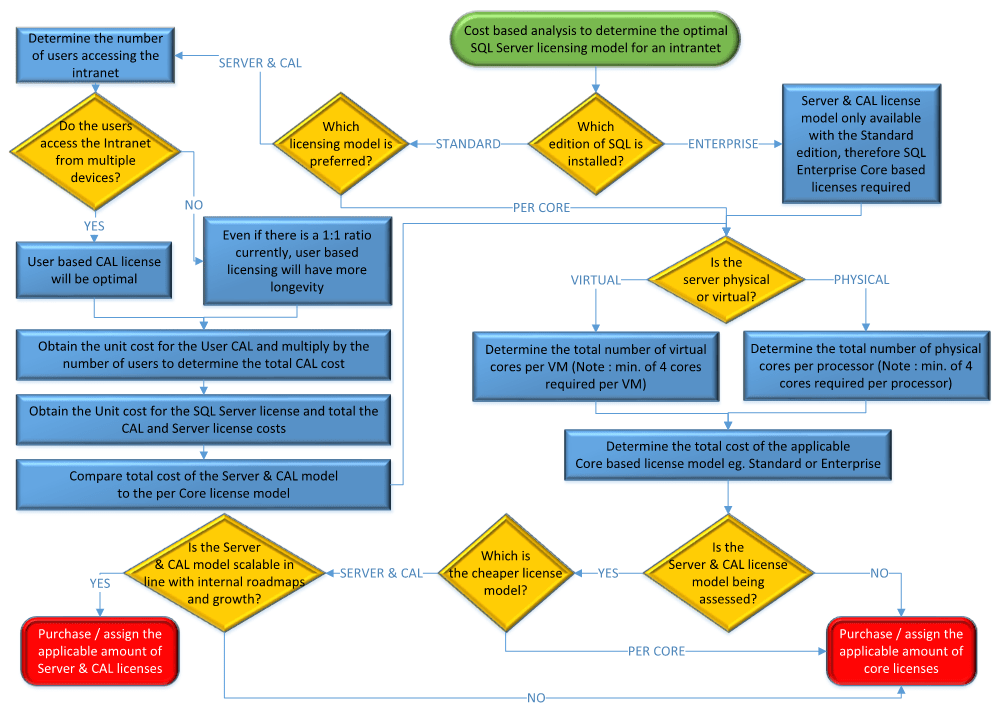 As I have touched on in this series of posts, the multiple licensing models available for SQL Server can create doubt and confusion, but if understood and leveraged correctly, the cost optimisation opportunities can be substantial. You just need to know what to look for, questions to ask and understand your IT environment.

In my next post, I will focus on topics such as Software Assurance Benefits and SQL Server, SQL Server components and take a more detailed look at other licensing scenarios.

[1] SQL Server Developer 2016 is a free download and can be accessed here.

[2] Visual Studio / MSDN subscriptions are available in two editions (Enterprise and Professional). Both editions provide support for SQL Server deployment on non-production systems. It is important to highlight that these subscriptions are allocated to specific users and cannot be shared amongst development team members. Further information can be located here.