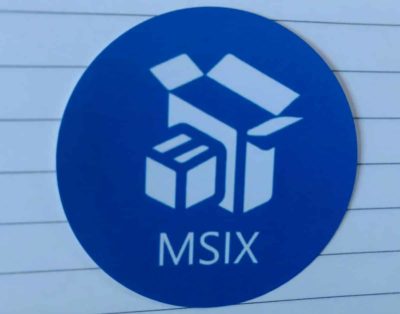 How do I create an MST file for a MSIX package? Would that be a MSTX package? There must be some way to generate transform files for MSIX packages! This is the train of thought anyone with an MSI background is compelled to gravitate toward, but MSIX changes this paradigm considerably.

Windows Installer Transform (MST) files change the behavior of a Windows Installer (MSI) setup as it is being applied to the system. While very similar in format to an MSI, the MST functions as a set of installation instructions to affect what actions the MSI setup is to perform. MSIX Modification Packages are applied as an overlay of an MSIX package, not at installation time, but upon execution of the application. One big benefit here is that you don’t need to learn special ways to update information, replace or add files, etc. but can just have a second package (referred to as a Modification Package) which can be applied or removed at any time to affect such changes to the application when it is run by a user.

No More Recreating Transforms with Every Update

MSIX Modification Packages are much easier to work with than transform files. With a transform you had to create one MST for each MSI package you had because there was an explicit relationship between them. After creating a transform that makes the changes you want, you’d have to then recreate that transform again for any new or updated MSI packages you received for that application in the future. With MSIX, there is less re-work because there is no longer an explicit relationship. Now, you can update the main/underlying MSIX package and leave the MSIX Modification package in place. As long as any changes in a Modification Package are applicable to future versions of the application, you need not worry about your customizations as new versions are deployed. 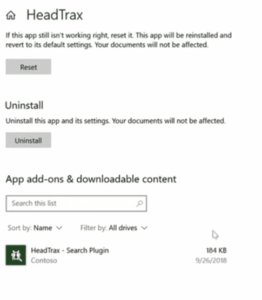 Whenever you found a need to change an application installation with MSI, you’d have to uninstall the application and reinstall it again using a new transform file. With MSIX you can remove, modify or apply a new MSIX Modification Package at any time independent of the main MSIX package.

In fact, one can even see MSIX Modification packages in Programs and Features listed under App add-ons & downloadable content (see image).

If you are looking at an MSIX manifest file, there are two ways you can create this relationship between a MSIX package and a MSIX modification package…

For more information check out this overview of MSIX and demonstration which covers MSIX Modification Packages: